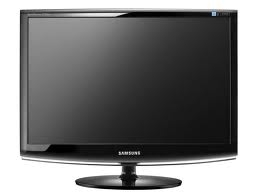 Jay Gory
2012-10-25 08:37:12
comment article
It doesn't happen often that a big lawsuit settlement, where you weren't even knowingly involved, offers you cash. However, the recent LCD Price Fixing Class Action Settlement can do just that.

Being the biggest antitrust all-cash class action recovery ever obtained for consumers, you might be able to collect some cash from the settlement fund IF all of the above is true:

1. You bought a laptop, monitor or television with LCD flat panel screen.
2. You bought it between 1999 and 2006.
3. You are located in the District of Columbia or any of the following U.S. states: Arizona, Arkansas, California, Florida, Hawaii, Iowa, Kansas, Maine, Massachusetts, Michigan, Minnesota, Mississippi, Missouri, Nevada, New Mexico, New York, North Carolina, North Dakota, Rhode Island, South Dakota, Tennessee, Vermont, West Virginia and Wisconsin.
4. You are willing to file a claim at lcdclass.com or call 1-855-225-1886.
5. You can file the claim by December 6, 2012.

The settlement is the biggest of its kind and is a result of a lawsuit against ten leading electronics manufacturers such as Japanese firms Hitachi, Sharp and Toshiba, Korean firms Samsung and LG Electronics and Taiwanese firms AU Optronics, Chunghwa Picture Tubes, HannStar Display Corp. and Chi Mei Optoelectronics.

The lawsuit is involving an illegal conspiracy to raise prices and it resulted in a settlement fund of $1.1 Billion.

There are a few like Dish Network Washington among other sites.